Statement from the IBS President:

The EBoard has spent hours debating the issue of recognizing a couple of records shot in 2017 by shooters who may not have had their membership current despite showing their card at a limited number of matches where they were asked for. This was the most difficult decision we have had to make in my nearly 10 years as President. Ultimately, the EBoard decided to recognize the records, for the reasons below.

The irony of this issue is that a large number of excellent advances in IBS are NOW underway, such as: 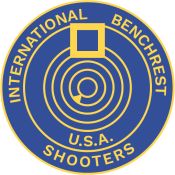